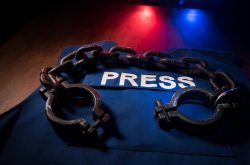 The Christian Broadcasting Council of the United Kingdom (CBC UK) believes in independent media ownership and plurality. The following article was written by J Peter Wilson, a consultant to CBC UK and Olave Snelling who is Chairman of the CBC Executive Council. It was first published in 2013 in response to a consultation by the Department of Culture, Media and Sport (DCMS).

Why is plurality necessary in today’s multimedia world?

If we only had one source of broadcast information for our news or entertainment then we would be returning to the days when it was determined that only the BBC was worthy to supply the whole nation with news and entertainment on television and radio. Thankfully even back in those days there were radio broadcasts coming from Luxembourg or from boats outside the three-mile limit, programmes on regional-based ITV stations as well as a wide variety of views expressed in magazines and newspapers.

Today we have a wide range of sources of news and entertainment via film, television, radio, or social media as well as print media now delivering their content via computers, tablets and smartphones as well as in printed newspapers, books and magazines.

When it comes to news it is vitally important for an active democracy to have a wide source of ownership and plurality. The reason for CBC’s interest in such matters is that Christians have had to, in the past, lobby for the freedom to operate free-to-air radio stations and television channels that have a Christian ethos and programme content and the changes in legislation to allow for this only happening in 1990 and then in 2003.

We are therefore pleased that such organisations as Premier Christian Radio, Revelation TV, TWR and United Christian Broadcasters are able to report on news stories from a Christian perspective. This can be seen to be essential when we reflect that the war on Christians in the Middle East has, until recently, only been reported in the Christian media. It is also important that a Christian point-of-view is given on news items with regard to ‘equality’ and ‘human rights’ legislation and their impact on the freedom to believe in a Christian ethos of life.

“Christians have had to, in the past, lobby for the freedom to operate free-to-air radio stations and television channels that have a Christian ethos and programme content and the changes in legislation to allow for this only happening in 1990…”

A wide choice of media ownership and plurality in UK-operated companies and organisations is also important when it comes to the reporting of local stories. In the DCMS consultation document it states that ‘the BBC accounts for 25% of news minutes broadcast, but 75% of TV news viewing’.

How this dominant position on news coverage by the BBC can impact the viewers’ perception of a story was shown when the BBC’s regional news coverage of the night-time economy in the seaside town of Bridlington was reported on in their ‘Look North’ programme broadcast on 23 September (2013-09-23). The Hull-based BBC reporter and camera man had been out with the local police on the previous Saturday night but their report only showed disorderly behaviour with a drunk being arrested and a noisy party at a local pub, thus giving the impression of a night-time economy out of control rather than a town centre where most people were having an enjoyable night out without causing any incidents.

The Johnston Press-owned local newspaper1, whose reporter had also been out with the police that same night, on the other hand, reported that the Street Angels had said that “tonight has been fairly standard” and the police later reported just two arrests that night in the town centre. The print media report also said that, ‘Some [groups of youngsters at an 18th birthday party], frustrated with a [BBC] camera crew who are also out with police filming in the area, begin to square up to [police] officers.‘

This is an example of the need for media plurality as the audio-visual media appeared to have a pre-determined agenda of reporting an unsafe night-time environment whereas the print media reported the same incidents with a different perspective and quoted a police inspector saying, “The East Riding remains one of the safest places in the UK to live, work and visit, but we have to be conscious that alcohol crime and disorder is a national problem in all areas including ours, which we need to tackle.“

We strongly believe that there needs to be a wide variety of sources of news and entertainment and that the above quoted example underlines such a need for plurality.

The need for a wide range of ownership of media organisations is vital as this will help ensure a plurality of news and views being broadcast and printed.

1. Do you agree that online should be included within the scope of any new measurement framework?
Yes. CBC believe that as there is so much interaction by the public, accessing news, information and entertainment from a variety of media sources that online must be included in any new measurement framework. How often do people start reading a news story on their computer or tablet before continuing to read about the same story from the print edition of the same newspaper? It is noticeable that many newspapers such as the Daily Telegraph and The Times offer print subscriptions that include access to their material online via computers, tablets and smartphones.

2. What type of content is relevant to media plurality?
CBC believes that all broadcast, Internet-based and print content that covers news, information, drama.

This should be mainly aimed at ‘factual’ material but needs to include ‘docu-dramas’ as opposed to fictional drama.

Let us take the example of the people making any news, drama or documentary programme. Their own world view will, of course, influence what they write and produce, be its origins atheistic, humanist, nihilist, rationalist, determinist, post-modern, or faith-based. That will affect assumed attitudes towards any number of matters, ranging from how they portray a Christian or a Muslim in a drama, to differing views on bioethics, or the so-called ‘normal’ moral values of today’s teenagers, to a random or creationist view of the origins of the universe. These assumed attitudes often just appear in a programme without any comment. If listeners/viewers/readers do not have the skills to analyse the philosophy behind the programme, then these unspoken attitudes can easily influence the audience and, over time, start to alter the attitudes and morality of the nation.

We therefore believe that all broadcasters should have an obligation to air in peak hours, at least once per month, a programme that allows viewers/listeners to discuss and debate programmes that cause a number of comments on their ‘balance’ and content. This is of special concern with regard to the BBC as it is funded by a compulsory fee rather than by the sale of advertising/sponsorship or viewers/listeners supporting the broadcaster through voluntary donations as happens with most Christian broadcasters or by subscription to a newspaper or magazine.

4. If so, how might a wider context be defined?
This wider context needs to distinguish between ‘fact’ and ‘opinion’, allowing for a wide range of opinions to appear on broadcast media as well as in material in print and Internet-based media.

We do not wish to see the new religion of ‘tolerance’ being used to restrict discussion of faith and how people live their lives with a faith perspective; it is often those people who contribute most to society through voluntary work and action.

Parliament has a role to ensure there is a framework in place to ensure media plurality including those who report matters with a faith-based perspective. The reason for saying this is that it is apparent that many journalists and programme-makers have very little knowledge of religious matters. The informed reporting of faith matters is essential as 82% of the population say they have a religion2.

Which Organisations and Services?

5. What sorts of organisations and services are relevant to media plurality?
All broadcast and print-based media, including all their associated Internet-based activities, as well as social media organisations.

It is particularly important that the retailer of broadcast and published news is held responsible for their output. The same applies to the ‘aggregators’ as it is often the individuals who publish material on these social networks that can have a large impact on the views of the public.

7. Do you agree that the BBC’s impact on plurality should be assessed as part of a plurality review?
Yes, this is essential as the BBC is funded by a compulsory fee on all households with a television that can receive ‘live broadcast signals’.

In the DCMS consultation document it states, by quoting from the House of Lords Communications Committee Inquiry on Media Plurality, that ‘the BBC accounts for 25% of news minutes broadcast, but 75% of TV news viewing’. Therefore with such a dominant position in news viewing on TV, the high numbers of people accessing the BBC news websites and the fact that BBC radio, according to RAJAR, accounts for around 50% of radio listening then to exclude the BBC from any plurality review would be to grossly distort the outcome of the review.

Today many areas of the country have a regional and/or local sense of community that is not reflected by the broadcast media, especially television, as the TV editorial areas are based on the service area of a transmitter rather than a defined region.

For example, in Yorkshire, if one lives in Scarborough and works just down the road in Bridlington then the BBC local evening news comes from different studios, as the coverage of the county is split with BBC local news coming from three studios which are:

A county that still has its own identity needs to have a media that is relevant to its communities. That is why the region still has a daily newspaper, ‘The Yorkshire Post’, as well as many local weekly newspapers and commercial radio stations that cover areas to which their listeners relate, such as:

We would therefore suggest any such measurement of plurality is based on a combination of ‘traditional counties’, not local authority boundaries and also on ‘travel to work areas’.

9. Do you agree that a measurement framework should also seek to assess the plurality of media serving other audiences or communities of interest? If so, which ones?

As some media in this country targets specific communities and audiences the assessing of plurality needs to look at:

It is important to remember that Christians throughout the ages have played key roles in our society and have helped in the formation of our democratic society.

Today, many Christians undertake work in a variety of ways including as doctors, lawyers, local government officers, youth workers, broadcasters, engineers building railways and business people all of whom contribute to our society. Many in their free time volunteer by running soup kitchens or patrolling streets as Street Angels or Street Pastors. They do so, because they are practically working out Jesus’ words, “This is my command: Love one another the way I loved you. This is the very best way to love. Put your life on the line for your friends.” John 15:12-13 (Message version).

It is therefore important that our media ownership and plurality reflects this contribution to our society and includes Christians, and other faith communities.

We hope that our comments are of help to the DCMS in their decisions with regard to future media, broadcasting and communications legislation and especially the ownership and plurality of all media. 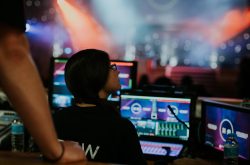 CBC returns with a comprehensive listing of UK Christian Broadcasters

It’s amazing how many UK Christian broadcasters there are today, given that Christian television in 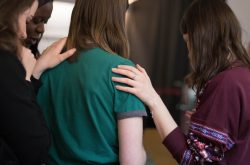 CBC Prayer for the Media

CBC’s monthly prayer for the media gatherings are held in Central London. They demonstrate our 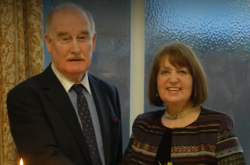